A big part of the history of the Heuer Skipper is corresponding with the early Heuer Carrera Yachting dials are the tide watches.

Starting with the early 1950s Heuer Solunar was it the Heuer Mareographe as know as Abercrombie & Fitch Seafarer that today count as the high end of nice watches made by Heuer.
Abercrombie & Fitch was the distributor in the U.S.A. and they took not the french name Mareographe for the market, the watch was named Seafarer.
The latest edition was launched too for the brand Orvis as Orvis Solunagraph.

Enjoy this little overview with the known examples and lets try to work out the different types of dials etc.

“Seen till now” means that different watches are found on the internet or private collections, not all are proofed with serials so there might be some intersection.

The first tide watches named Solunar from 1949 got 1 subdial over 6 o´clock to show the Solar and Lunar time to read the tide on the place you be. The late edition of the Solunar with automatic movement got a special bezel to read the tide and was introduced in 1976. 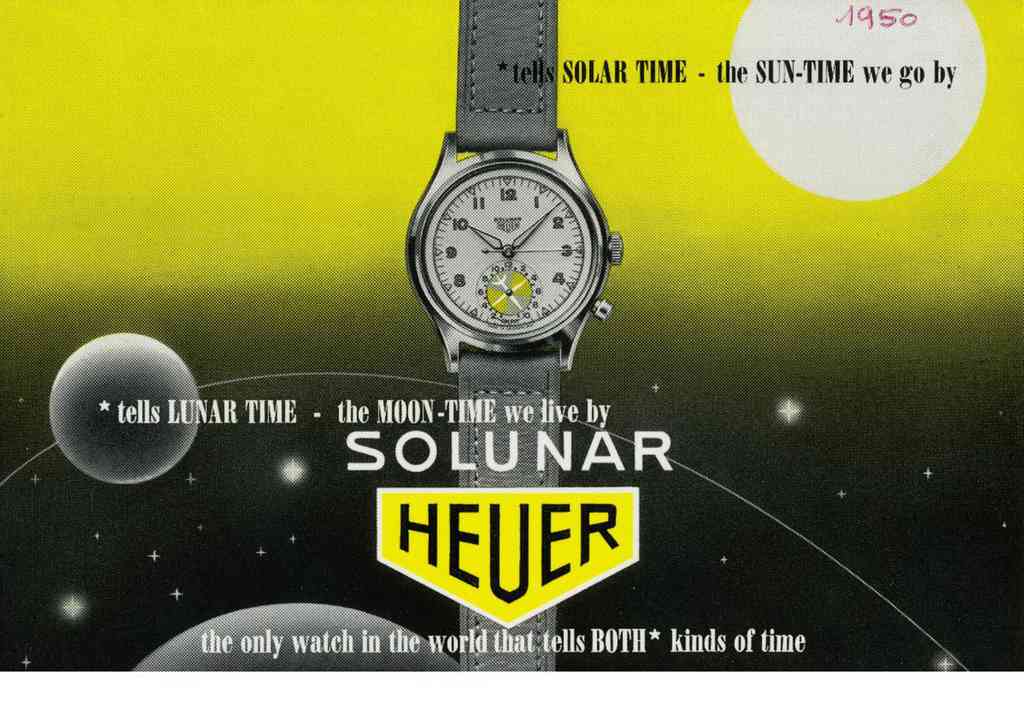 Interesting fact is that Jack Heuer named the developement as his own and first project for the family watch factory in the age of 15. Here is the read from the book “Jack Heuer – The Times of My Life“

“My first contribution to watchmaking

One interesting thing that happened during my school days was that around 1947 or 1948, when I was 15, I made my first professional contribution to 27 the family watchmaking business. One day my father came home from work and said that Walter Haynes, who was then the president of upmarket sporting outfitters Abercrombie & Fitch in New York, had asked him to create a watch which could display the time of tides. Funnily enough, some years earlier my father had thought it would be useful to have a watch that showed the phases of the moon because while mushroom hunting he had observed that morels seemed to spring up in greater numbers during a waxing moon. But a watch that could display the time of tides really stumped him. He had not seen the sea for quite a few years and was not at all familiar with the subject of tides. He scratched his head and admitted he had no idea how to do it. I told my father that my physics teacher at school, Dr. Heinz Schilt, was a genius and I was sure he would be able to find a solution. Indeed he could and he performed all the calculations for the wheels and cogs needed for a watch to predict high tides at a given location. Thanks to him and my intermediation we were able to create our first tide watch, the “Solunar”, and later the “Mareograph-Seafarer”. This was my very first involvement with the creation of a watch.”

Mr. Jack Heuer started very young with a fine feeling of taste and a lot of creativity to make some of the nicest watches ever made.

Here is the overview of the known Solunar Executions

The tide showing subdial got as addition on the right the blue or green color segments for the use at the Regatta start. These are some of the most beautiful watches ever made.

The introduction starts in the early 1950s. Seafarer is the name for the Mareographe in the U.S., distributed from Abercrombie & Fitch.
The Mareographe and Seafarer started in the 1940s/50s Chronograph cases (reference 2443 / 2444), was built with Heuer Carrera cases (2447) and finally at the end of the 60´s in the Autavia compressor (2446c) case with snap caseback in very nice 2 executions.
Only these Autavia compressor case executions were also distributed as Orvis Solunagraph (Orvis as mail order company for fishing equipment, founded in Vermont, USA in 1856).
Inside the Mareographes and Seafarer works a Valjoux 71 in the early ones and later the modified Valjoux 72. 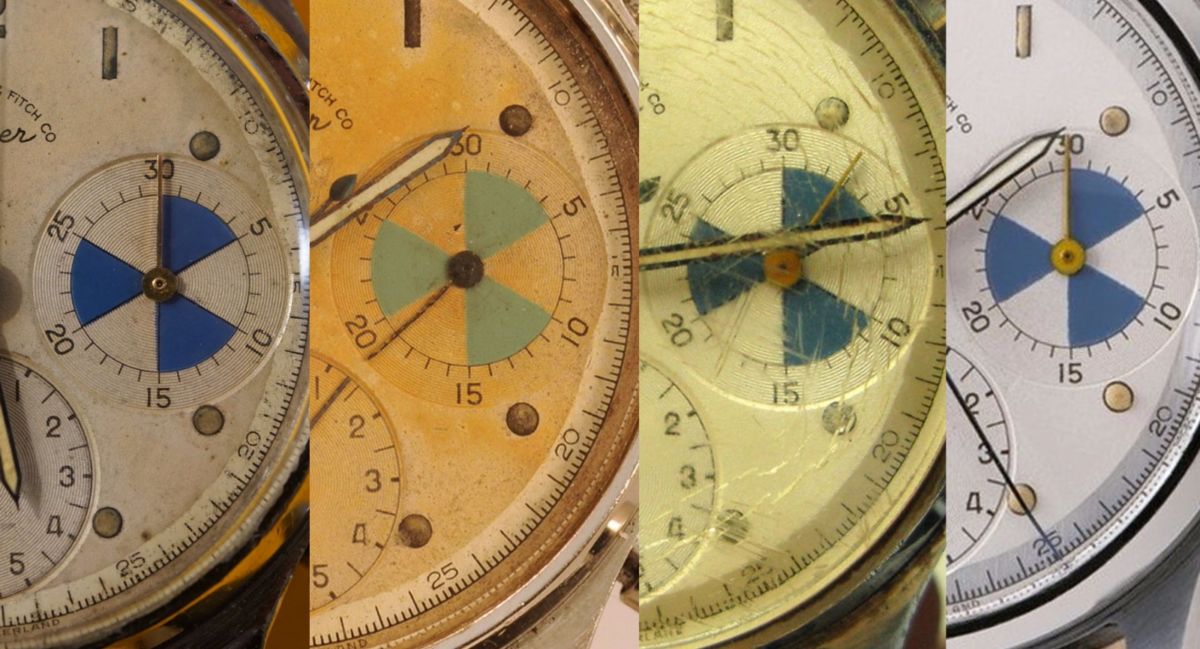 Whats on the dial?

To know when the tide is coming and going is an essential information at some seas like in the northsea and on the atlantic.

The Marograph/Seafarer got 5 using scenarios:

1. Regatta starting time with the colored segments on the minute counter (needs 5/10 or 15 minutes to cross the starting line after the first signal)
2. Tides of the day
The signs with the moon describes the moonphases: Full Moon / Last Quarter / New Moon and 1st. Quarter.
Depending from the local tide table you have to set up the Lunar dial and the tide phase with max. Ebb and Flood are readable with the yellow and blue (green) fields.
3. Duration of a cruise on the chronographs with hour counter

Use for Fishing and Hunting

4. Tides
5. Fishing according to the solunar theory by John Alden Knight developed in 1926 (more to read here)

Here you can find some catalogs and ads from the Heuer Tide watches: Heuer Mareographe, Abercrombie & Fitch Seafarer and Orvis Solunagraph. We would love to make a nice gallery of the tide watches, so if you got some please send a pic here.