Found another Skipper with unusual case at Heuer Factory Archive!

During the Heuer Collector Summit in La Chaux-de-Fonds we were given the opportunity to have a closer look at some vintage heuer watches from the Tag Heuer archive and I was amazed to find a never seen manual-winding Skipper 73464. This Skipper was not cased with the usually 7736 case (the case reference 73463), seems to be a 1564 case.  Note the difference at the pushers and cut out. In addition to that the countdown register marking are different. I can only assume that it is a prototype or a very early production piece. 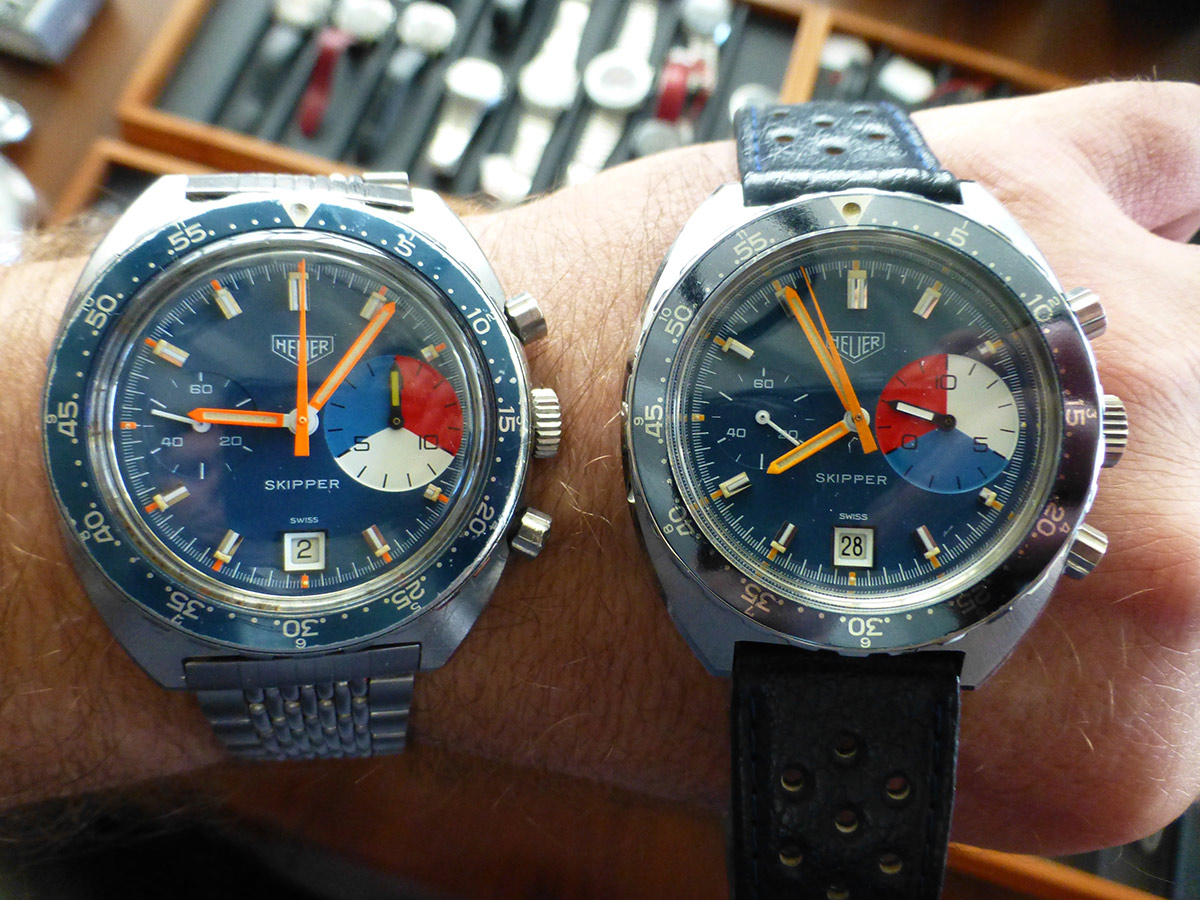 the difference on the dial? the colors of the regatta subdial! 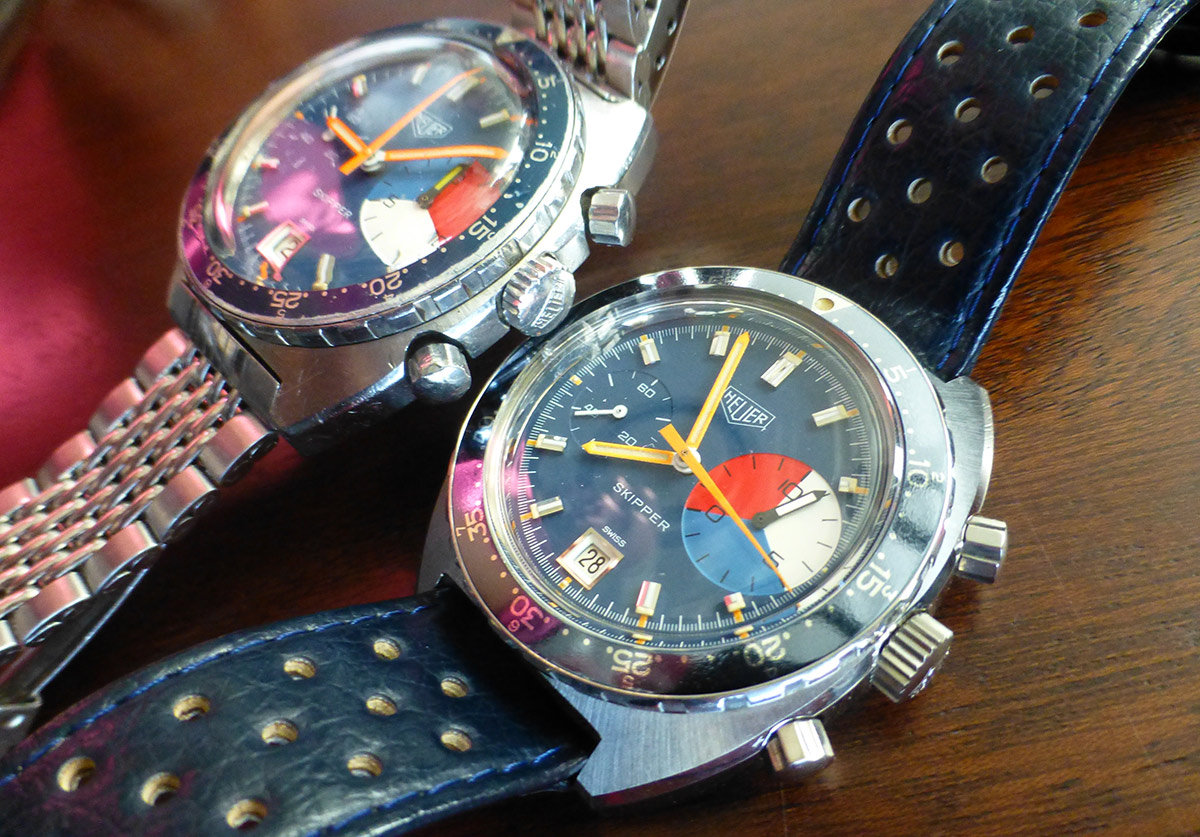 look at the pusher outcut of the cases! on the right is the late case. 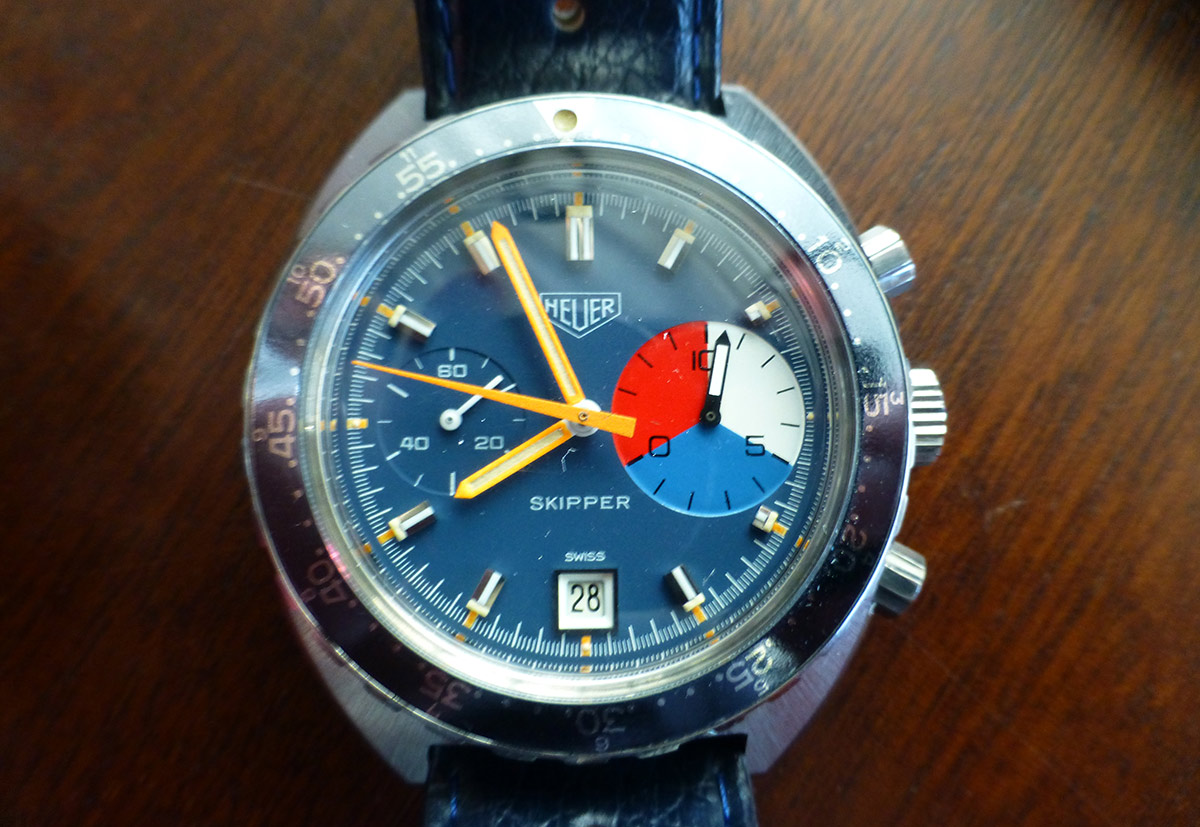 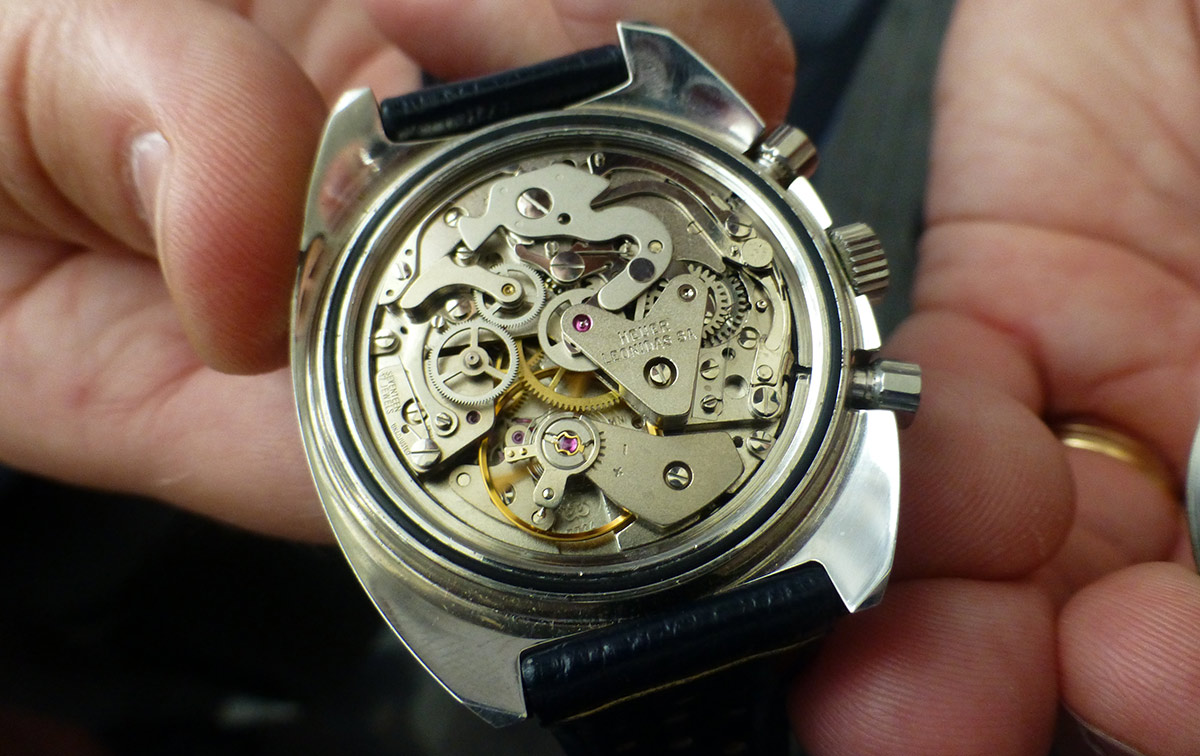 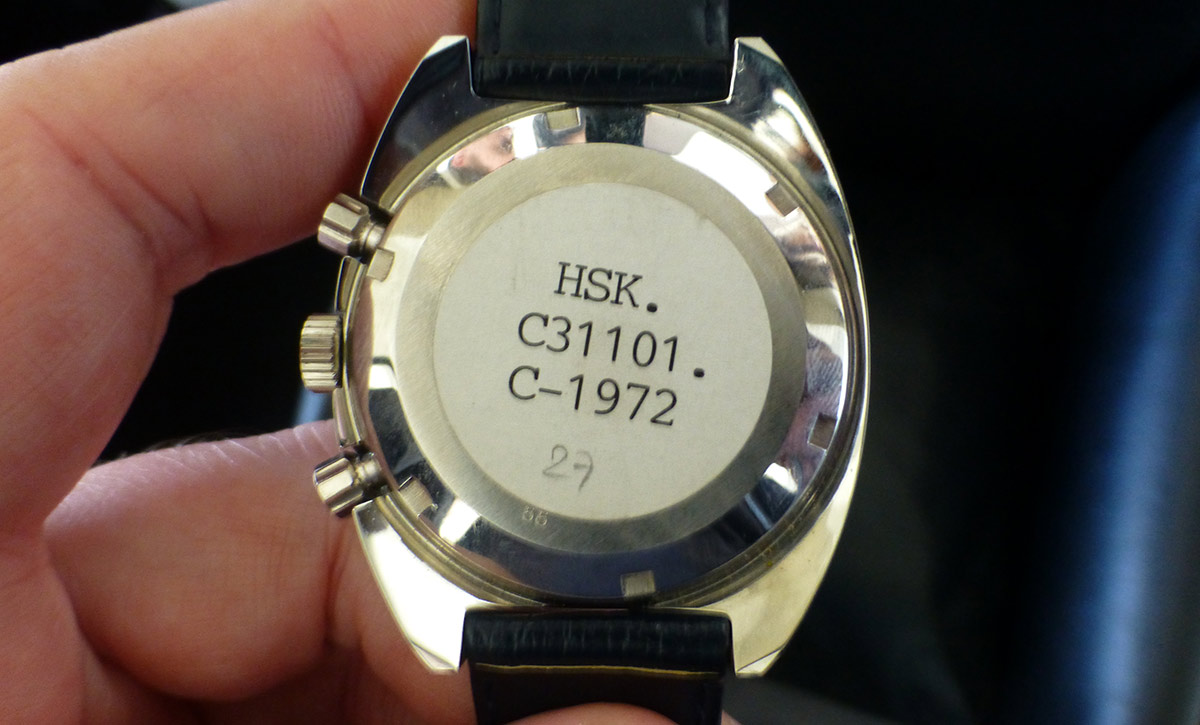 An interesting fact about Skipper production

I asked Jack Heuer about the quantity of the Skipper thats were produced. He didn´t remember exactly but one of his older watchmakers confirmed that the Skipper was produced in batches of 50. If the demand calls for more they would produce another 50. This may explain why we see some dial variations and other differences in those that have survived today.