Beautiful Skipper 73464 – used by a German Champion Yachtsman for over 40 years!

What a provenance! This nice Heuer Skipper 73464 belongs to a real Worldchampion: Uwe Mares. He bought the Skipper himself in Switzerland in 1972/73 (he didn´t remember exact) and after that he weared the Skipper on countless Regattas in olympic classes all over the world.

Uwe is Worldchampion 1974, European Champion 1975, he won over 10 Regattas on the Kieler Woche and he won the 5. place on the Olympic Summergames in 1964 and and the 4th place in 1976 in Tempest in the class 5.5. Later he was the coach of the German national sailor crew of the olympic Starboot-Teams on the Games 1992 and 1996. Since 2009 he is Trainer of the Team Rotoman.

This glorious sailor weared the Skipper all the years and you see it is still nice looking.

Thanks for sharing the watch and story, Uwe! 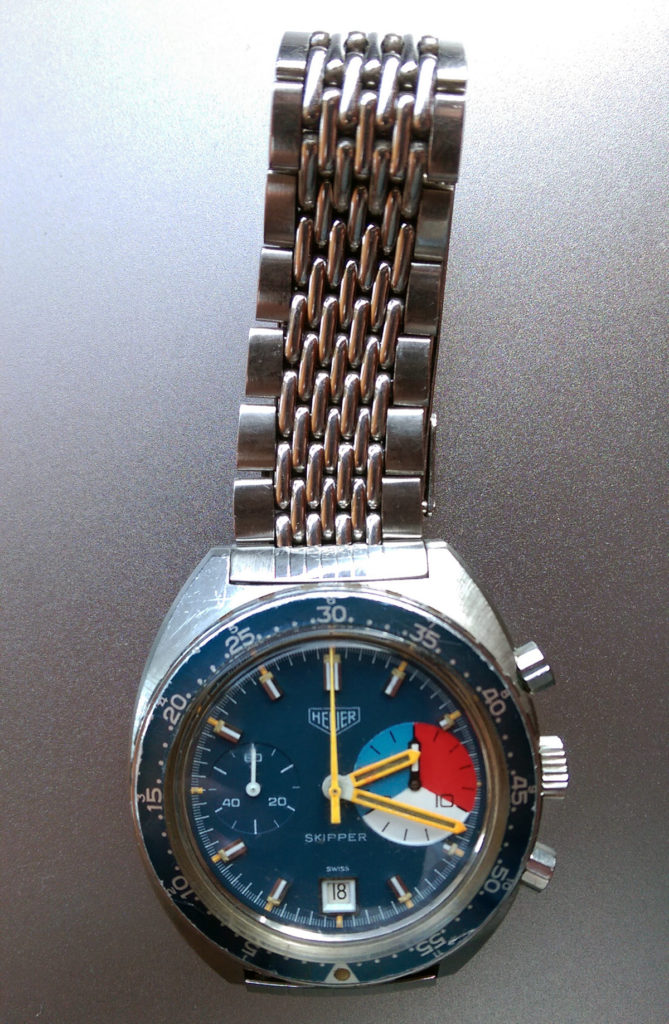