There are uncountable brands and watches which are nice. Here are some watches and details about it. Enjoy! 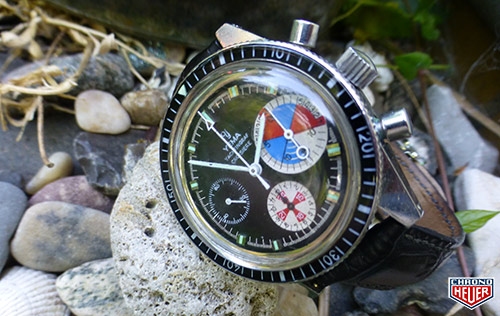 Yema – a wellknown brand in France, got a eventful history with some take-over. In the 60s Yema produced 300.000 watches per year. 1963 was launched the “Superman”, a 300m water-resistant Watch for professional diver. 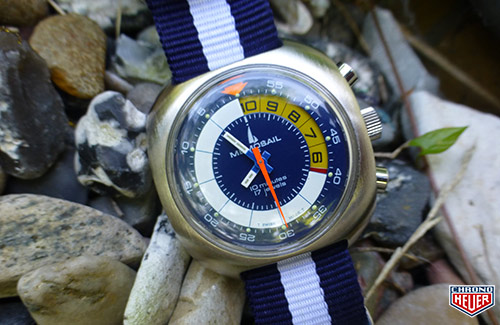 Memosail was made by the brand Memotime, founded in the 70s by Swiss watchmakers passionate by sailing. The movements to countdown the 10 and 5 minutes before a regatta starts was developed and patented by them under the sub-brand Memosail. 1992 Memotime was official sponsor of the America 3 on the America´s Cup. 2003 a new collection was launched after a take-over from the former owner CORUM to a young group of watchmakers to build watches for maritime sports with the Memotime patented calibre 883.

This watch here runs a manual-winding Valjoux 7737 and the special is a 10-minute Sailrace-Starting Counter. The Countdown runs from 10 to “Start” and then – run the race!

Near sqare case with screwed back, 41mm without crown.

There are different builds of this Memosail Timer, but all with identical movement:

same dial like this in a round case
marked V.I.P. Memosail on dial
gray hands and gray instead of white on the dial
cushion-case

More about it you can find here and with explaination of the modified caliber here.